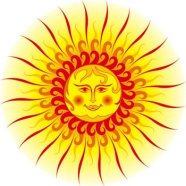 The Summer Solstice is many things to many people.  The true start of summer, a pagan’s day to rejoice in the sun, to dream a Midsummer’s Night Dream filled with gods and fairies.  However for a Home Projectionist with windows in their viewing room it is the day when the shortest viewing opportunities can be had.    Every year as the days grow longer and longer I find my movie watching ability is shorter and shorter.   In the Fall and Winter I can come home from a long day’s work, make a little dinner and settle down by no later than 7 in the evening for a nice relaxing film.   At these times of the year I can watch something extremely long like Doctor Zhivago or maybe 3 episodes in a row of Mad Men.  By the time I’m finished them movie it’s 9:30 or 10.    If I have people over on the weekends for a group watch we can even have a double feature since we can start by 7:30 or even earlier as I used to do on Sunday afternoons.

Then comes the dreaded summer:  Not only does the projector become yet another source of heat blowing into the room, but movies really can’t begin until 8:45 at the earliest.  And even then there is the faint glow of the setting sun shining through the windows.  Even closing the blinds doesn’t help because I have a west exposure.  Having had a projection system for eight years now I’ve naturally begun to make seasonal viewing changes.  Summer has been a time to rest the projector. I cut my Netflix movies to two out at a time instead of four.  I hardly ever have people over during the summer for a group movie night.  My apartment is too warm and by the time the sun sets there is barely enough time for one movie, let alone a cartoon or a short.   If I do watch something it’s a short film never more than 90 minutes, especially during the week.

By late July I usually drag the projector outside for outdoor yard movies at a friend’s house.  We’ve had many a lovely night under the stars watching Cat People, The General or My Man Godfrey.   There is nothing like watching a movie outside.  It brings a different dimension to whatever you are watching.  Whether it’s the view of the sky behind the screen blending with the sky on the projection or just the feeling of lying down on the grass; It is one of my favorite things of the summer.  I guess that’s why it is so exciting to go to a drive-in.  Have you noticed that even the worst movie seems better at a drive-in?

So I wish you a happy Summer Solstice.  May you have a lovely summer and many star filled, big screen nights.