You know that sometimes annoying song about the “Twelve Days”? We’re using it to highlight 12 Christmas movies that fit the lyrics of the song, more or less… 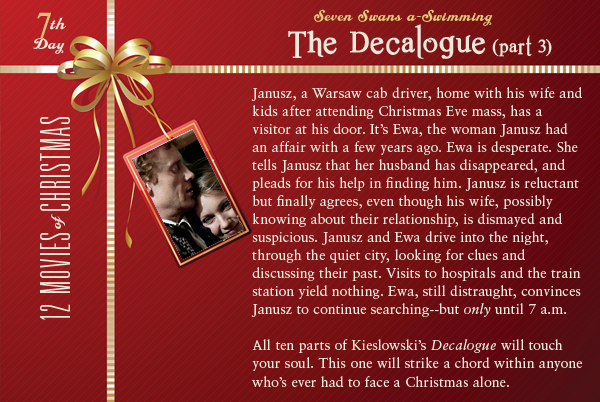 Dave is a graphic designer (www.dhdd.net) and movie lover, and the caretaker of “The 3 Benny Theater” (also known as his living room). The moniker was inspired by an extinct movie house–The 3 Penny Theater–and by his black Manx cat, Benny. Favorite films: North By Northwest, The Third Man and The Dekalog.