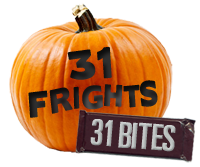 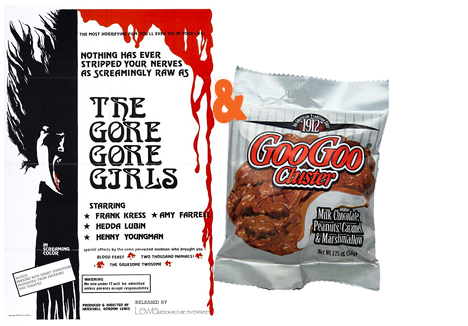 Suzie Cream Puff. It’s not the original name for the Goo Goo Cluster. No, Suzie was a stripper. “Was”, ‘cuz now Suzie’s career has been cut short, seeing as how she’s been brutally murdered. The savage killer is on the loose, but a determined and spunky Chicago newspaper reporter has hired a private investigator, albeit a very obnoxious one. Meanwhile, stripper Candy Cane becomes victim number two. This prompts the P.I. to suspect the strip club’s somewhat unstable bartender. His instability is evidenced by the fact that he draws faces on vegetables that he then proceeds to smash with his bare hands. But before you know it, there’s another ghastly murder of yet another stripper. Expanding the investigation, the P.I. questions the Donald Trump of strip clubs, a Mr. Mobilie (played incongruously by Borscht Belt-type comedian Henny Youngman). Nothing more about the story need be revealed (although plenty of other things do get revealed during the course of the film, if you know what we mean). Eventually, the actors face the camera and ask you to leave them alone. You may have already done so by that time. The gooey combo of marshmallow and caramel within a Goo Goo Cluster isn’t to everyone’s taste. The same goes for the gore and guts of this downright trashy, early 70s slasher film.