“Shut up and deal”

For director/writer Billy Wilder’s 96th birthday, five moments that are representative of his witty, acerbic, sentimental and romantic style. (All of these films are widely available.) 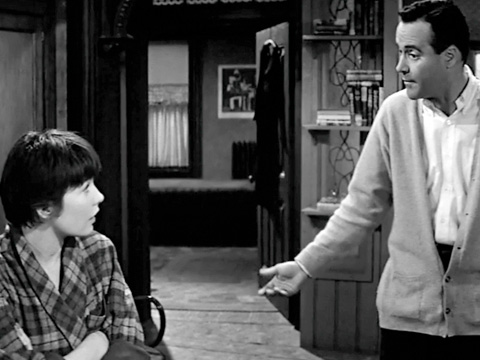 BUD (Jack Lemmon): “You can’t leave yet. The doctor says it takes forty-eight hours to get the stuff out of your system.”
FRAN (Shirley MacLaine): “I wonder how long it takes to get someone you’re stuck on out of your system? If they’d only invent some kind of a pump for that…”
-THE APARTMENT (1960)

RICHARD (Tom Ewell): “You look to me like a big Rachmaninoff girl.”
THE GIRL (Marilyn Monroe): “I do? Funny, l don’t know anything about music.”
-THE SEVEN YEAR ITCH (1955)

GILLIS (William Holden): “Norma, I can’t take it. You’ve bought me enough.”
NORMA (Gloria Swanson): “Shut up. I’m rich. I’m richer than all this new Hollywood trash. I’ve got a million dollars.”
GILLIS: “Keep it.”
NORMA: “I own three blocks downtown. I have oil in Bakersfield — pumping, pumping, pumping. What’s it for but to buy us anything we want.”
-SUNSET BOULEVARD (1950)