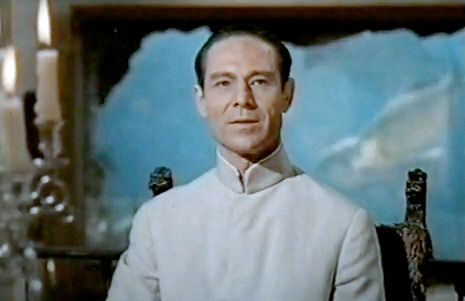 The best Bond villain of all time would’ve been 94 years old today: Joseph Wiseman. As Dr. No, he had a sort of cold, frail creepiness that was terrifying, unlike some other 007 bad guys (I’m looking at you, Telly Savalas) who overplayed their roles.

Update: It has been revealed that Ian Fleming wanted to know if Alfred Hitchcock would be interested in directing the first Bond film which, at the time, was thought would be Thunderball.